Broke Straight Boys says: Brody Lasko, Jaxon Ryder and Justin Riggs are here for a 3-way, and while that’s a pretty special occurrence here, don’t worry our three guys have had plenty of experience with group sex.

We let them loose on each other and they get right to it, pulling pants down and putting dicks in their mouth, with Brody sucking Justin who’s sucking Jaxon.

They switch up the line and it’s Brody and Justin receiving now, their naked bodies splayed out across the bed as they give each other head and get their dick sucked.

Then Justin moves his tight ass over to Brody and rides his hard dick next, bouncing on it while Jaxon leans over and sucks on Justin’s cock.

Jaxon gets on the bed doggy style and lets Justin eat his ass while Brody gets sucked off by Justin, then they switch it up and Brody fucks Jaxon while Justin gets his cock sucked. 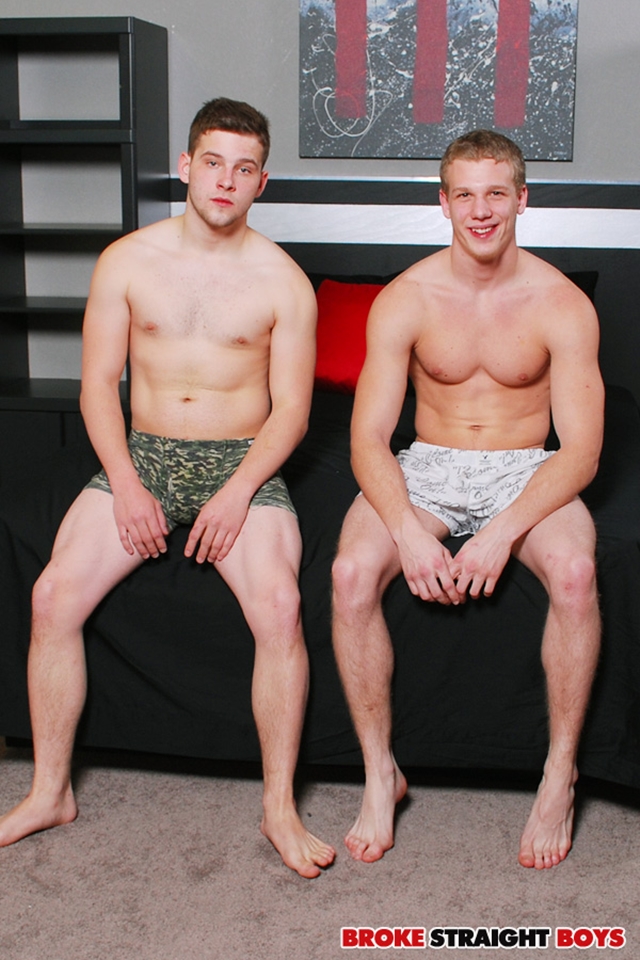