Next Door Buddies says: Markie More has the best job, always getting to break in the best newbies, and Donovan Kane is no exception. Donovan’s open minded attitude and svelte frame have Markie salivating at the prospect of having his way with him, and Donovan seems primed and ready for the encounter, himself.

Markie starts by stripping him out of his clothes and taking his big dick down his throat, gagging on Donovan’s cane until it’s nice and hard. They switch into a 69 and Donovan shows off his dick sucking skills while Markie moistens him up for a nice hard fucking.

With his dick rock hard, Markie wags his dick at Donovan, who mounts the cock and gives it a nice ride, his hard body quivering with Markie’s every thrust. Markie flips him over and takes control, pounding Donovan from behind before flipping him over yet again onto his back. 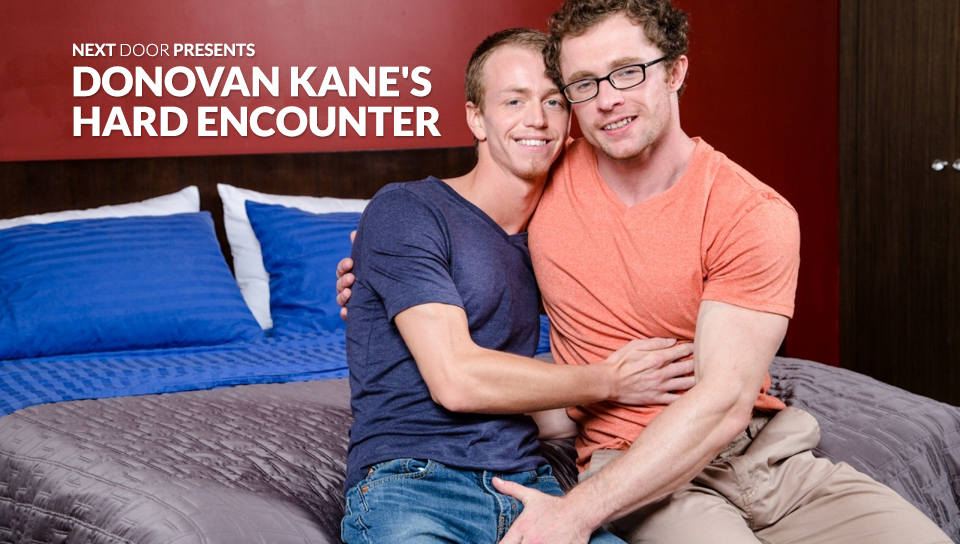